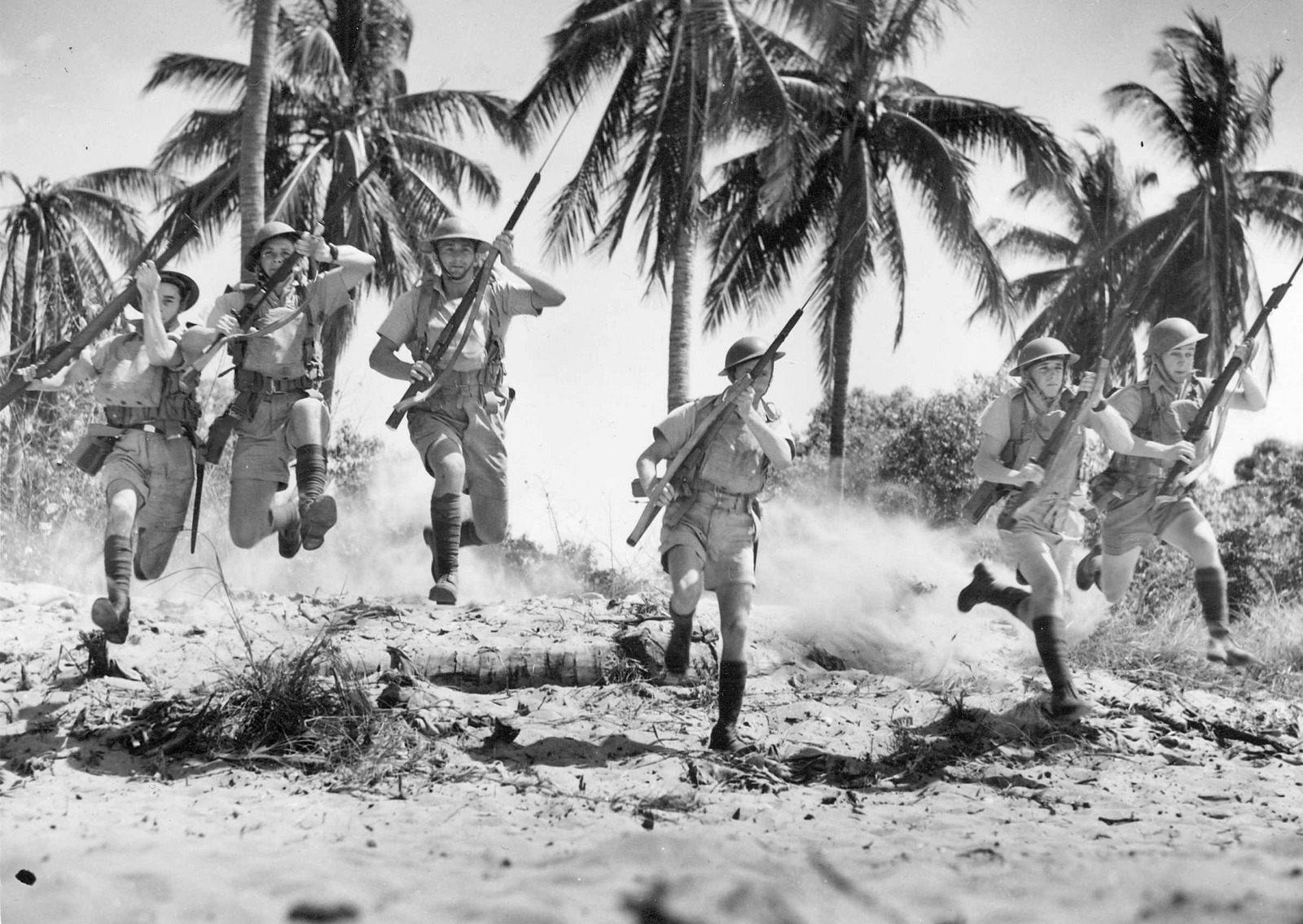 1942 THE BATTLE FOR AUSTRALIA. OUR WORLD WAR II DEFENDERS REMEMBERED.

TOMORROW our nation marks Battle for Australia Day — a time to acknowledge those who served in campaigns to the north of Australia and on the home front in protecting our nation.

Minister for Veterans’ Affairs Darren Chester said that between 1942 and 1945 the threat to Australia was real, starting when Singapore fell to the Japanese on 15 February 1942.

“Battle for Australia Day is a time for us to recognise those who served in the defence of the Australian mainland, and in land, air and sea battles in the Coral Sea and Papua and New Guinea,” Mr Chester said.

“Without the efforts of these Australians, the Japanese advance southward may have continued unchecked. Instead they were halted, and this played a significant part in contributing to Japan’s eventual defeat.”

The harsh realities of war became very real for Australians when cities and towns where bombed and shelled, and Japanese midget submarines launched an attack on ships in Sydney Harbour.

“The bombing of Darwin on 19 February 1942, saw around 250 people killed and further air raids across the top end of Australia had a devastating impact, with many more lives tragically lost,” Mr Chester said.
“The attack on Sydney Harbour in May 1942 saw HMAS Kuttabul sunk, taking with it the lives of 19 Australians and two British sailors.”

Around our region our personnel also took part in key campaigns and battles, including the Battle of the Coral Sea and fighting on the Kokoda Track.

“The Battle of the Coral Sea is described by many as the battle that saved Australia, which took place in waters to the east of New Guinea and southwest of the Solomon Islands.

“While no Australian causalities were recorded, the United States aircraft carrier USS Lexington was sunk and Australian ships played a vital role in blocking the potential advance of the Japanese invasion fleet through the Jomard Passage,” Mr Chester said.

“Australians also played a key role in battles across Papua and New Guinea, including along the Kokoda track and other areas such as Milne Bay, Buna, Gona, Sanananda, Wau, the Huon Peninsula, Wewak, and Bougainville.”

“In a year that we mark the 75th anniversary of the end of the Second World War, a grateful nation says thank you to those brave men and women who fought and served in the defence of our nation.”

Australians are encouraged to continue using #OneInAMillion to share their loved ones’ stories and images of service on social media, including those involved in the Battle for Australia.