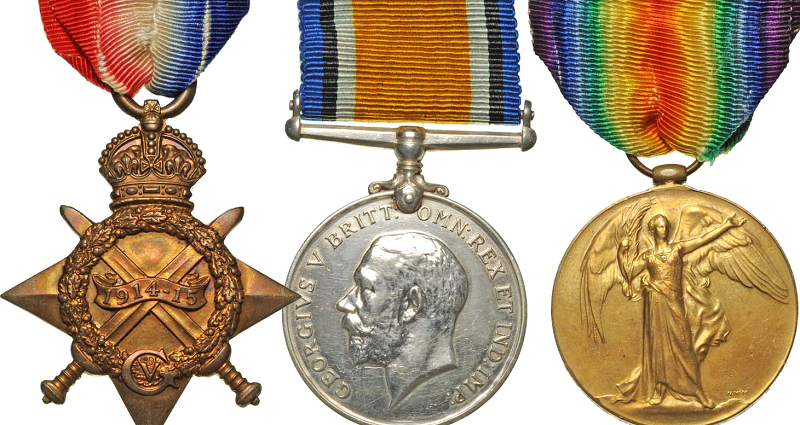 ANZAC Q&A - WAS A SPECIAL MEDAL AWARDED FOR GALLIPOLI?

Image: Close up of the standard WWI medal trio awarded to most Anzacs.

Q.   Was a special medal awarded for Gallipoli?
A.   France established a medal specifically for the Gallipoli Campaign, the Médaille commémorative des Dardanelles (Commemorative Medal for the Dardanelles), however, Britain did not follow suit, despite strong suggestions that such a medal be established. Servicemen of the British Empire who served at Gallipoli qualified for the 1914-15 Star, a medal available to all who served in an operational area between 5 August 1914 and 31 December 1915 and who was not already entitled to the 1914 Star.

Help pass the Anzac legend to the next generation with our fun educards. These questions and answers were created with the help of noted Australian military historian Graham Wilson.