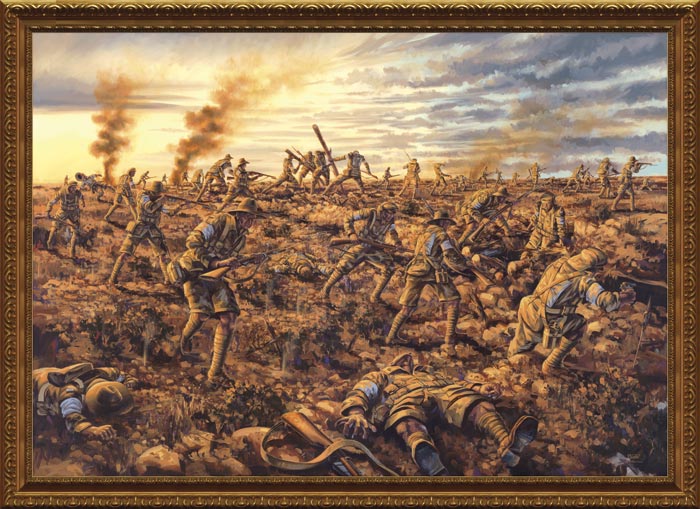 105 years since the Battle of Lone Pine

TOMORROW marks the 105th anniversary of the Battle of Lone Pine at Gallipoli in Turkey, one of the most intense battles in our ANZAC history during the First World War.

Minister for Veterans’ Affairs Darren Chester said the attack at Lone Pine was a diversion to assist the main assault by New Zealand and British troops against the Sari Bair Range at Gallipoli by drawing Turkish reserves away from the attacks against Hill 971, Hill Q, and Chunuk Bair.

“The goal of the attack at Lone Pine was to assist with the capture of the heights, which would have enabled a break out from the ‘Anzac’ area and at 5:30 pm on 6 of August 1915, after a preliminary artillery bombardment, Australian infantry charged at the enemy trench-line,” Mr Chester said.

“The Australian troops showed immense courage in the face of fierce resistance and the main Turkish trench was taken within 20 minutes, however, the fighting continued for days as the Turks mounted several counter-attacks in attempts to recapture the position.

“To hold on to what they had gained, the Australians fought with resilience and resolve, using bombs and bayonets, and engaging in hand-to-hand combat.

“During the four-day battle there were more than 2,000 Australian casualties and seven Australians were awarded the Victoria Cross for their bravery, a testament to the ferocity of the action and the many acts of bravery shown by the ANZACs.”

Another diversionary attack during the August offensive was the charge at the Nek. This was a tragic assault by the dismounted 3rd Light Horse Brigade, which was intended to draw Turkish defenders away from Chunuk Bair as New Zealand troops advanced against it. Tragically the attack didn't go as planned and most of the Australian light horsemen fell before they reached the Turkish trenches.

“The service and sacrifice of these brave men will never be forgotten,” Mr Chester said. The Australian War Memorial will hold a Last Post ceremony to commemorate this significant anniversary at 4.55 pm AEST on 6 August. Tickets are available to attend in person and the ceremony will be streamed online. Register for a ticket on the Memorial website www.awm.gov.au/visit