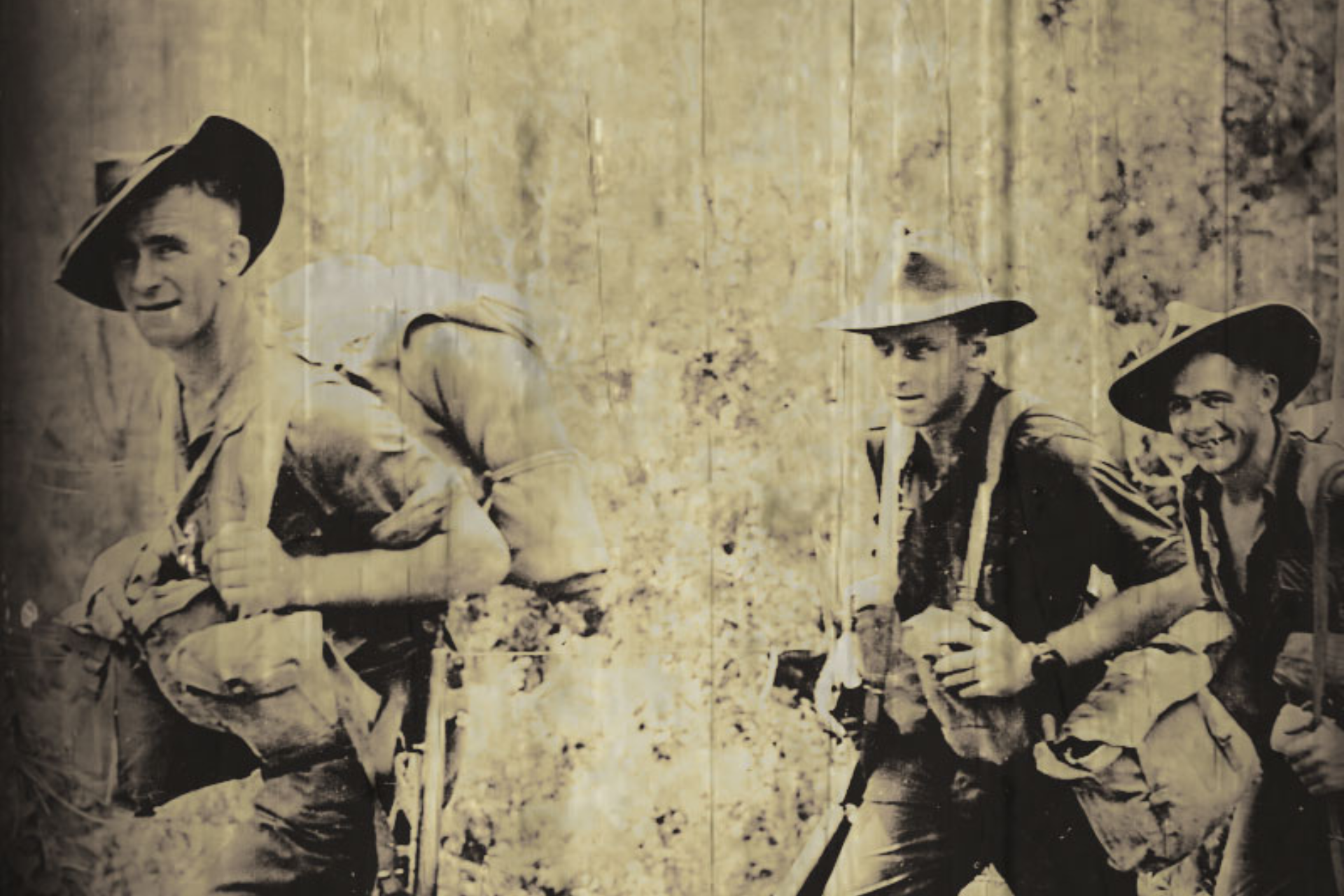 This year we mark the 80th anniversary of arguably one of Australia’s most significant campaigns of the Second World War and the War in the Pacific. The Kokoda Trail Campaign was a four-month struggle beginning with the Japanese arrival in Papua in July 1942.

From July 1942 until November of the same year, WWII came to Australia’s doorstep as the Japanese pushed south into Papua New Guinea. With the Japanese strategy set on taking Port Moresby by a track that ran over the Owen Stanley Range, it became clear that something had to be down. 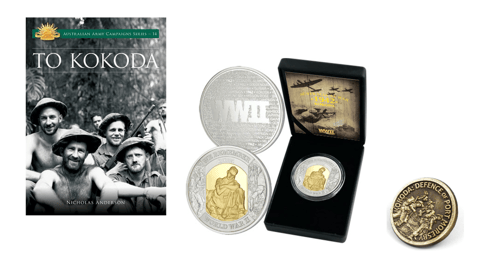 Commemorate and remember those who served on the Kokoda Track and learn more today.

The distinctly young group of soldiers, those not in Europe or Africa were sent and embarked on this monumental task. Though younger and generally more inexperienced, the courage of the diggers and the alliance with the PNG nationals saw this unlikely victory come to fruition.

Some of the most desperate and vicious encounters of the Australian campaigns occurred along the Kokoda Trail. Along this tight track, the Australians and the Japanese fought numerous engagements at Kokoda, Deniki, Isurava, Eora, Efogi, Templeton’s Crossing, Ioribaiwa and Oivi-Gorari.

The Master Creations Kokoda Figurine depicts the iconic image of the PNG native helping a wounded soldier and is the perfect present for serving members or veterans. This superb 300mm tall figurine is the ideal gift, award, or collectable. Cold cast in bronze, the figurine sits atop a 130mm x 130mm base specially designed to comfortably fit a standard 15mm x 60 mm inscription plate for that lasting message. Make your presentation something special with this unique figurine. Limited Edition of 5000 Units, comes with Certificate of Authenticity.

Those who served in Kokoda successfully repelled a Japanese invasion force in appalling conditions. Fighting and engagements continued for over four months until November 18, 1942, when the Australians reached the Kumusi River.

The engagements and fighting on the Kokoda Trail saw the deaths of more than 600 Australians with a further 1,680 wounded.

This year we mark the 80th anniversary of the Kokoda Track and honour those who served.