Join us in honouring those who served in the Vietnam War

TOMORROW is Vietnam Veterans’ Day and the anniversary of the Battle of Long Tan, a day when Australians are encouraged to reflect on the service and sacrifice of those who served during the Vietnam War.

Minister for Veterans’ Affairs Darren Chester paid his respects to all those who served in the Vietnam War, one of the longest military engagements of the 20th Century.

“Each year on Vietnam Veterans’ Day, Australia remembers all those who served in the Vietnam War, including the more than 500 Australians who lost their lives.

“The Battle of Long Tan, on the 18th of August 1966, was one of the fiercest battles fought by Australian soldiers in the Vietnam War, and saw 18 Australians killed and 25 wounded. 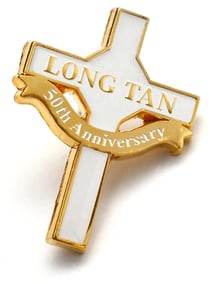 “Today we also acknowledge and honour the Vietnam veterans who have lost their lives in the years since they returned and those who still carry the physical and emotional scars of their service and the families that have supported them.”

The legacy and contribution of Australia’s Vietnam veterans is still felt by those in the ex-service community today. Vietnam veterans were vital in the establishment of the Vietnam Veterans’ Counselling Service, now known as Open Arms — Veterans & Families Counselling, which provides specialised mental health and support services to all veterans and their families.

“Since its introduction in 1982, Open Arms has supported Australian veterans, and their family members, who have needed counselling or other support services. Over the last year, Open Arms has helped more than 30,000 veterans and their families and this is a testament to the legacy of the Vietnam veterans who founded it,” Mr Chester said.

Vietnam veterans were also instrumental in setting up the Long Tan Bursary, which provides education support to the children and grandchildren of Vietnam veterans, helping them gain the skills and qualifications needed to pursue their chosen career.

“The Long Tan Bursary awards eligible descendants of Vietnam veterans with up to $12,000 over three years of continuous full-time study, assisting them to follow their dreams,” Mr Chester said.

Applications for the 2021 Long Tan Bursary open today, 18 August 2020. To find out if you are eligible, and to apply, please visit the DVA website.