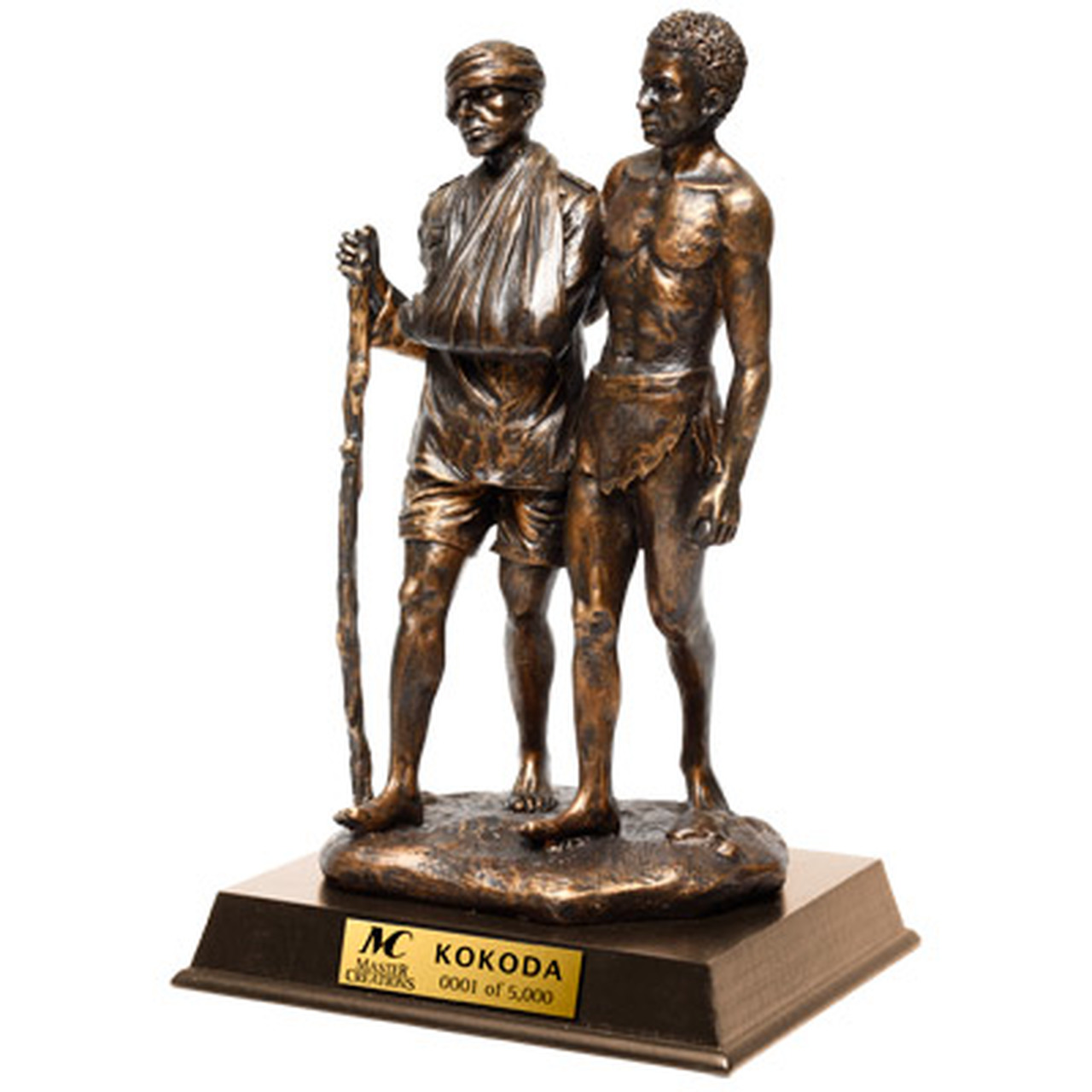 Kokoda was arguably Australia's most significant campaign of the Second World War. More Australians died in the seven months of fighting in Papua and the Japanese came closer to Australia than in any other campaign. 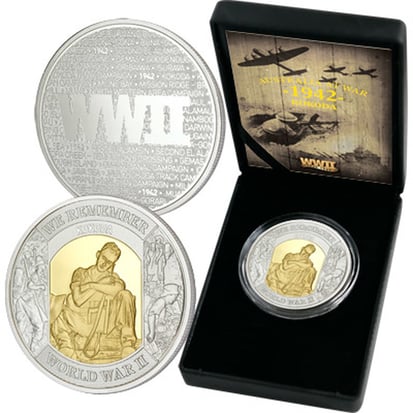 The Battle of Kokoda was a four-month struggle which began with the Japanese landing in Papua in July 1942. The Japanese strategy was to take Port Moresby via a track over the Owen Stanley Range. Along this track were fought engagements between the Japanese and the Australians at Kokoda, Deniki, Isurava, Eora, Efogi, Templeton's Crossing, Ioribaiwa and Oivi-Gorari.

The Kokoda Trail fighting was some of the most desperate and vicious encountered by Australian troops in the Second World War. Although the successful capture of Port Moresby was never going to be precursor to an invasion of Australia, victory on the Kokoda Trail did ensure that Allied bases in northern Australia, vital in the coming counter-offensive against the Japanese, would not be seriously threatened by air attack. 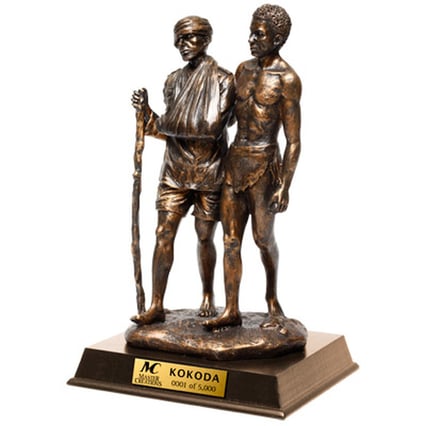 The Master Creations Kokoda Figurine depicts the iconic image of the PNG native helping a wounded soldier and is the perfect present for serving members or veterans. This superb 300mm tall figurine is the ideal gift, award or collectable.Cold cast in bronze, the figurine sits atop a 130mm x 130mm base especially designed to comfortably fit a standard 15mm x 60 mm inscription plate for that lasting message. Make your presentation something special with this unique figurine. Limited Edition of 5000 Units, comes with Certificate of Authenticity.

Approximately 625 Australians were killed along the Kokoda Trail and over 1,600 were wounded.

"Kokoda Trail" and "Kokoda Track" have been used interchangeably since the Second World War and the former was adopted by the Battles Nomenclature Committee as the official British Commonwealth battle honour in October 1957.