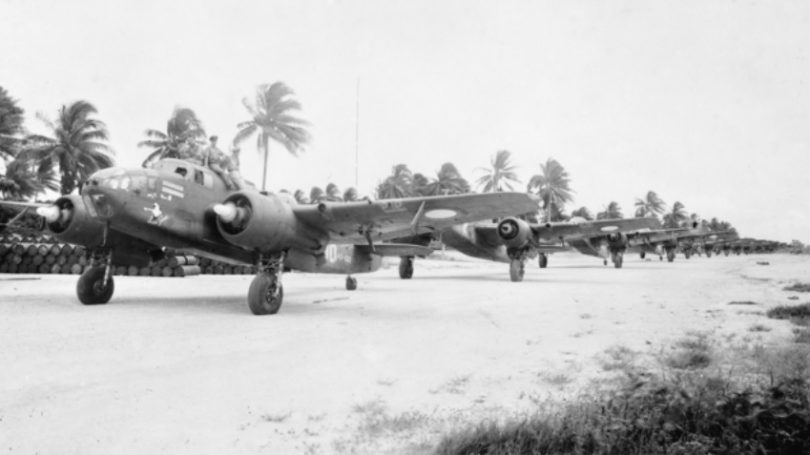 Feature Image above: Beaufort aircraft from the No. 100 Squadron RAAF lined up on the taxiway. The squadron was stationed at Papua New Guinea during WWII. Photo: Australian War Memorial.

Those magnificent men and their flying machines did a loop, roll and spin this week as news broke of the reformation of the No. 100 Squadron for the Royal Australian Air Force’s (RAAF) centenary year.

And the enterprising town of Temora, in the NSW South West Slopes, is one of two locations in Australia to benefit.

The No. 100 Squadron is steeped in history, having raised, in early 1942, from the remnants of a British unit destroyed in Malaya.

From its bases in Queensland and Papua New Guinea, the air force bomber and maritime patrol carried out torpedo and level bombing sorties against Japanese targets in the Pacific theatre of war, including the famous Battle of the Bismarck Sea in March 1943, before disbanding in August 1946. 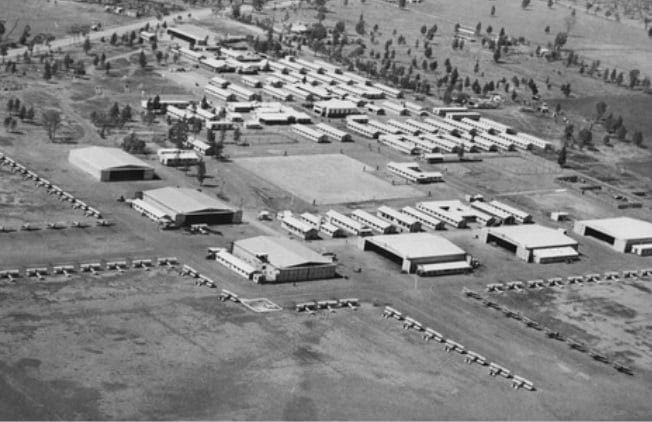 Around 2400 pilots had passed through the RAAF’s No. 10 Elementary Flying Training School at Temora by the time it closed in 1946.

The squadron’s return to the sky after a 75-year absence comes with a new name – the Air Force Heritage Squadron – which will fly heritage aircraft, including Mustangs, Spitfires, Sopwith Pups and Tiger Moths, from two locations: RAAF Base Point Cook in Victoria, and Temora.

Anyone curious about aircraft will be aware of the aviation pedigree of Temora and its profound relationship with the RAAF, which dates back to 1941 when the district became a training ground for young pilots.

The RAAF’s No. 10 Elementary Flying Training School (No 10. EFTS) was the largest and longest surviving of WWII, with around 10,000 personnel and 2400 pilots passing through by the time it closed in 1946.

What remained was an infrastructure and terrain that enticed a growing number of sport aviation activities to the region. Sports such as gliding, parachuting, aerobatics, ultralight aircraft and model aircraft which provide a spectacle for townspeople, visitors, veterans, enthusiasts and the odd surprise for a farmer who might end up with a glider in his paddock.

It was in the late 1990s when the town was anchored with its enduring military aviation connection as work began on the three-phase construction of Temora Aviation Museum, dedicated to aircraft and pilots who have defended Australia.

Purpose built to house the collection of ex-military aircraft donated by Australian businessman David Lowy – some are now under the stewardship of the RAAF – the museum collection includes two of the three flying Spitfires in Australia as well as the only flying Gloster Meteor F8, Boomerang and Hudson Bomber in the world. Additionally, it has the only Canberra bomber and the oldest flying Tiger Moth in Australia.

A flying museum, the aircraft are maintained and regularly flown by members of the Temora Historic Flight Club during monthly Aircraft Showcase events and Warbirds Downunder, a large biennial airshow that displays wartime aircraft from all over the country. The RAAF centenary celebrations are headed to Temora in March 2021 for a showcase event. Photo: Supplied.

It also plays host to visits from historical aircraft and RAAF combat aircraft such as the F/A-18 Hornet.

Temora mayor Rick Firman said the No. 100 Squadron holds a special place in the hearts of many people, particularly older generations.

“To this significant squadron re-establishing in Temora shire, and at our internationally acclaimed Temora Aviation Museum, it is indeed a very real honour for us,” he said.

As the RAAF applies the final spit and polish to its centenary celebrations on 31 March, put 6-7 March in your calendar for the Temora Air Force Centenary Showcase.

This celebration, which also marks the 20th anniversary of Temora Aviation Museum, will include displays from more than 50 aircraft, including the RAAF historic collection at Temora, visiting private warbird aircraft, and current serving RAAF assets.

People wishing to reconnect should contact the museum here.

(Originally published by Edwina Mason on About Regional)

The Royal Australian Air Force celebrates its Centenary this year. From its modest beginnings in 1921, Air Force has grown into a potent, world class Air Force which Australia relies upon in both conflict and peace. We are proud to be part of this celebration as the official merchandising partner. By purchasing products from the Air Force 100 shop, you are supporting the restoration and preservation of historic RAAF aircraft.