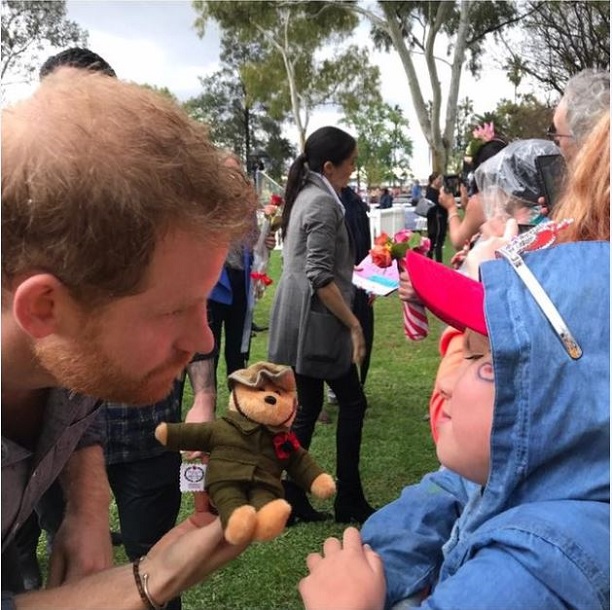 The royal visit to Australia during the 2018 Invictus Games captured Australia’s imagination – and unbroken attention – as they toured the country and attended the Sydney games.

Thousands of Australians lined the streets wherever the Duke and Duchess of Sussex, where many special royal encounters took place. One of these special moments featured one of Australia in the Great War’s very own Little Aussie Bears.

The Little Aussie Digger Bear commemorates the diggers who served during the First World War. The Little Aussie bears are smaller cousins to our limited edition Great War bears and come in a range of historical and contemporary uniforms. It looks like the popularity of these little bead-filled bears extends even to royalty!

Have a look at our full range of Great War Bears and more!

Did you know that Invictus Games Team Australia are proud Bears to School Ambassadors? Visit AnzacBears.com.au to find out more!