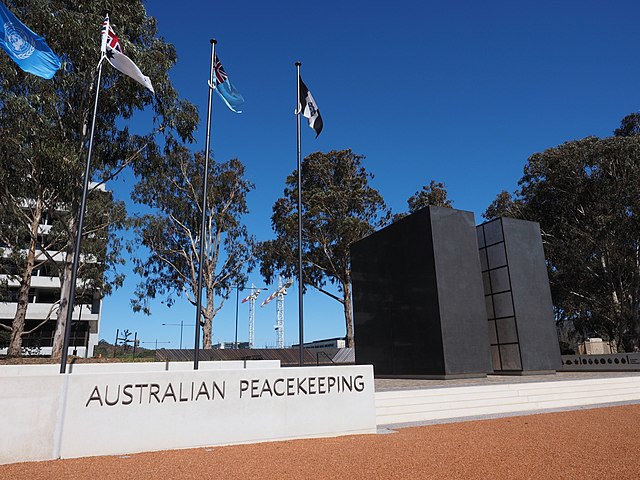 This extraordinary record of service was acknowledged in 2017, with the inauguration of the Australian Peacekeeping Memorial in Canberra. The memorial is located a short distance from the Australian War Memorial and commemorates the 60,000 personnel who have served in peacekeeping missions. It also honours the 17 lives that were lost during these operations.

Minister for Veterans’ Affairs Darren Chester said peacekeepers and peacemakers have played, and continue to play, an important role in providing support and assistance to victims of conflict, often in unstable and dangerous locations.

Australian peacekeepers are currently deployed in the Middle East and South Sudan as part of United Nations peacekeeping missions. Today we reflect on the service of members of the ADF and  state and federal police forces who have served the cause of peace.