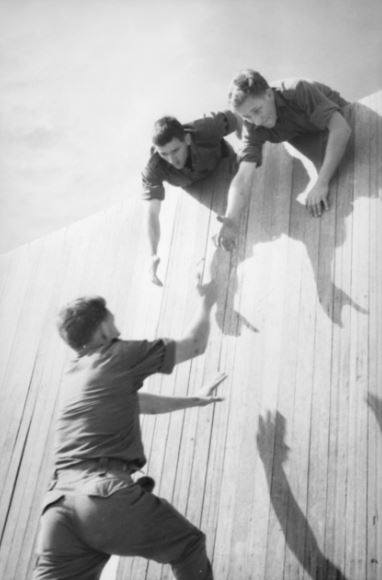 February 14 is National Servicemen’s Day, when we honour those who have served our nation through compulsory military service, recognising their contribution to the nation’s defence.

Minister for Veterans’ Affairs Darren Chester said it was important to remember the significance of their service, stepping up to meet the nation’s needs.

“The last National Service Scheme was introduced in 1964 due to increasing fears about Australia’s security as there were tensions in nearby regions and therefore a need to bolster Australia’s defences.

“Unlike universal conscription, the National Service Scheme required most men who turned 20 years old to register for the Scheme and twice a year men were selected to serve through the ‘birthday ballot’.

Of these, nearly 19,500 served in Borneo and Vietnam and the remainder in support units in Malaysia, Papua New Guinea, and Australia. More than 15,000 served in the Vietnam War where some 200 died and more than 1,200 were wounded. Two ‘Nashos’ also died in Borneo in 1966. 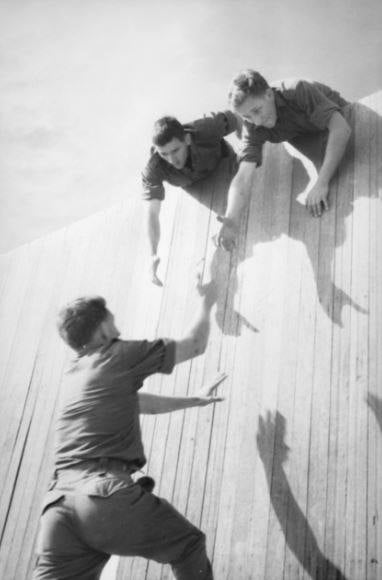 National Service recruits helping each other climb over a high wooden 'wall', which is part of an obstacle course during their training, prior to serving in Vietnam. Photo byGreg Woodward, P05394.006

“This year we mark 55 years since the first national servicemen arrived in Vietnam and I encourage all Australians to take the time to reflect on the special nature of the service and sacrifice of our Nashos and ensure they are remembered,” Mr Chester said.

To learn more about the National Service Scheme of 1964, visit the Department of Veterans’ Affairs website.

The service of Nashos will be remembered during the Last Post Ceremony at the Australian War Memorial today. A representative from the National Servicemen's Association of Australia will lay a wreath. A second wreath will be laid on behalf of widows.

The Military Shop is honoured to be the National Servicemen's Association of Australia's merchandising partner. Full collection here:  https://militaryshop.com.au/veterans-organisations/nashos/