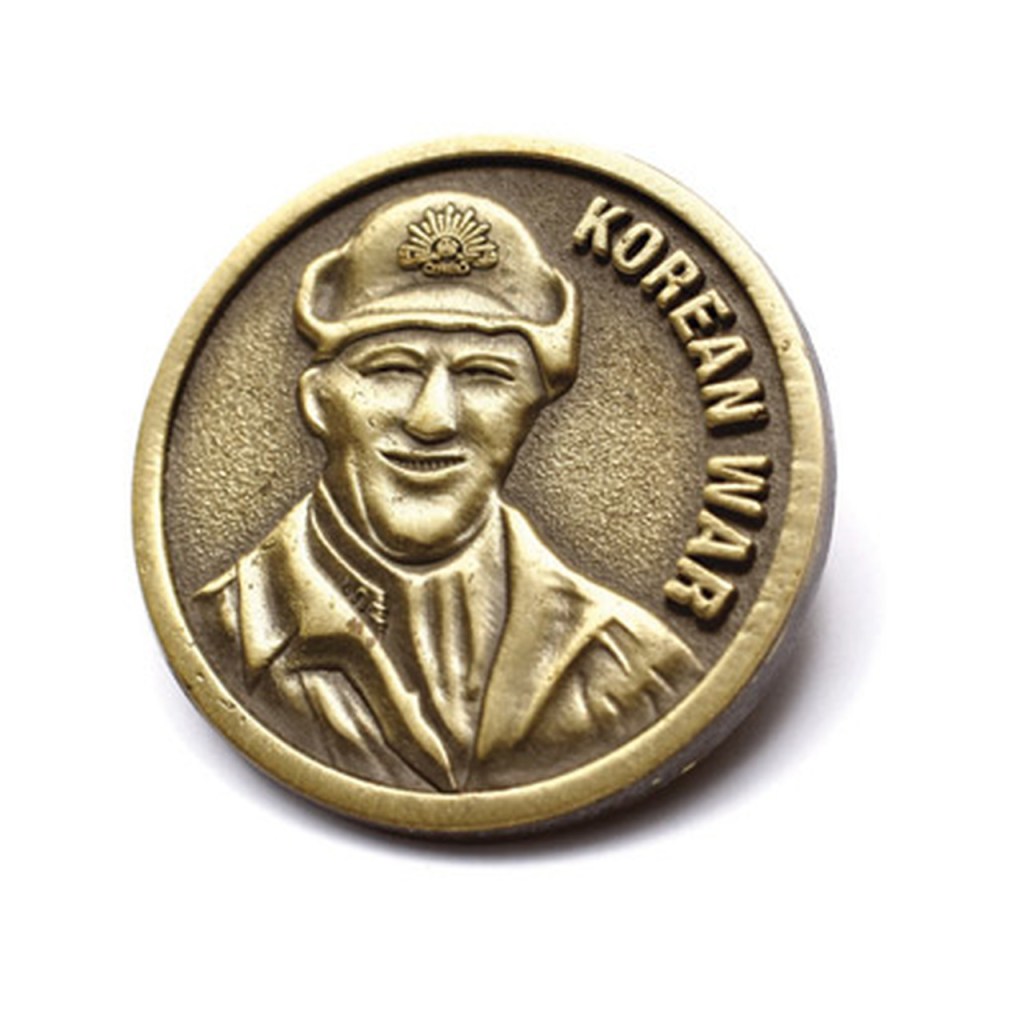 The 70th anniversary of the Korean War

The 70th anniversary of the act that precipitated the Korean War falls on 25 June 2020. On that day in 1950, seven infantry divisions, an armoured brigade and several independent regiments of the Democratic People’s Republic of Korea (DPRK) Army in the north crossed the border, known as the 38th parallel, into the Republic of Korea (ROK) in the south capturing the capital Seoul within the week and driving ROK forces down into the south-western corner (the Pusan perimeter).

When North Korea invaded South Korea in 1950 the Asian peninsula became an ideological battleground, as well as a warzone, for a world still stinging from the horrors of the Second World War. Australia joined the United Nations forces raised to end the incursion, and our immediate contribution included the RAAF's 77 Squadron and the 3rd Battalion, Royal Australian Regiment (3 RAR). Conditions on the ground were icy, and all too soon began to remind troops of the conditions faced on the Western Front. An armistice in 1953 formally paused the conflict, but an official end through a treaty has never occurred. Occasional border skirmishes regularly raise tensions between the two countries. 20mm 3D antique brass lapel badge

The Korean War had its roots in the end of the Second World War. Korea had been under Japanese control since 1910 and had no existing government which could be restored to power. As a result the United States (US) and the Union of Soviet Socialist Republics (USSR) agreed during August 1945 to separate the Korean Peninsula into two administrative spheres at the 38th parallel, with the US occupying the south and the USSR the north. A plan to hold elections and form a unified Korean government could not be agreed and by 1947 the United Nations (UN) became responsible for resolving the Korean ‘problem’. During 1948 the UN had accepted that the south would have its own elected government and in August 1948 the Government of the Republic of Korea was formed with its leader President Syngman Rhee. There was continued tension and periodic violence across the border throughout this period.

Australia, keen to support the newly formed UN, had played a small but important role in the years before the Korean War and at the start of the conflict itself. Australia had been involved at the UN in attempting to find a way to reunify the two halves of the Korean Peninsula. Australia was one of nine members of the United Nations Temporary Commission on Korea (UNTCOK) and, after the election had taken place in the south, its successor the United Nations Commission on Korea (UNCOK).

In March 1950 the UN requested that Australia provide two military observers (in their request they described the climate in Korea as temperate). Australia agreed and in the period immediately before the invasion Major FSB Peach and Squadron Leader RJ Rankin were sent to the 38th parallel to report on the situation.

Quality Korea Service Medal (Queens Korea) full size replica, buy now from the military specialists. Instituted July 1951 by King George VI for award to the British Commonwealth forces deployed to Korea and surrounding waters between 2 July 1950 and 27 July 1953. The qualification period was one day for service on land for all three services - or one operational sortie over Korea for the RAF, or 28 days sea service in the designated area for the Navy) Description: In cupro-nickel 36mm diameter with a fixed, plain suspension. Obverse; the laureate bust of Queen Elizabeth II. Reverse; Hercules fighting the nine headed hydra, with KOREA in exergue. 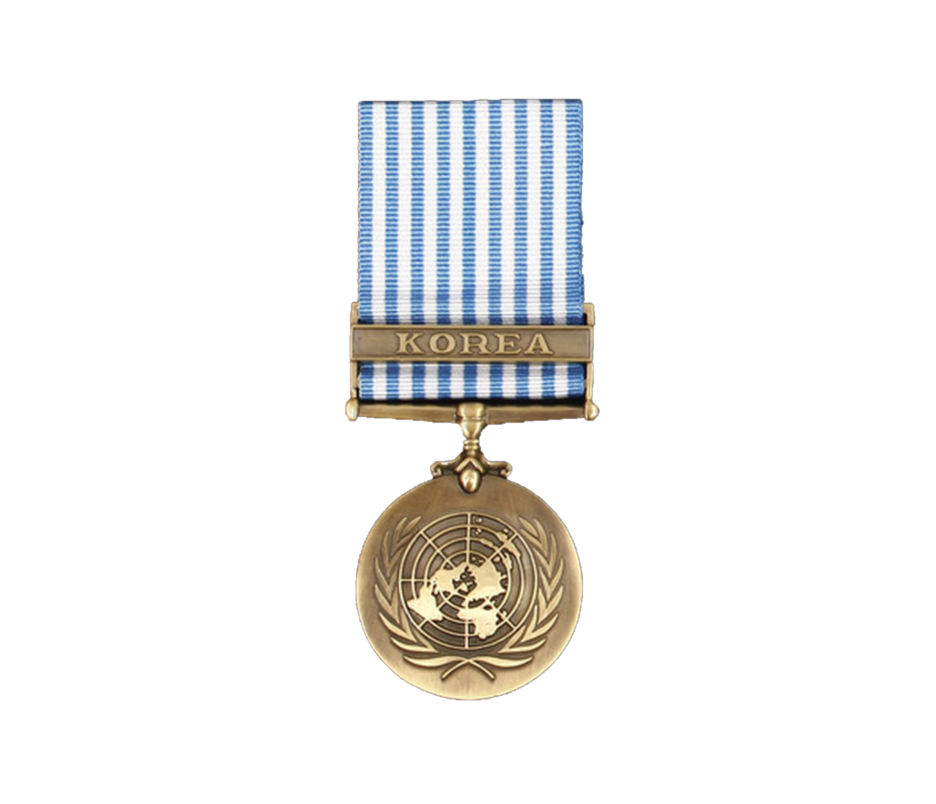 Quality United Nations Korea Medal full size replica, buy now from the military specialists. The United Nations Korea Medal is awarded to those members who were posted for any period with the United Nations (UN) forces in Korea between 27 June 1950 and 27 July 1954, both dates inclusive. The medal is also awarded to personnel who served in adjacent areas like Japan and Okinawa operating under UN command or sent to support UN operations in Korea in the relevant period from 1950 to 1954. Official visitors require 30 days, continuous or aggregate to qualify. The Medal The UN Korea Medal is a circular medal of bronze alloy. The obverse depicts the 'World-in-a Wreath' emblem of the United Nations and the reverse has the inscription: 'FOR SERVICE IN DEFENCE OF THE PRINCIPLES OF THE CHARTER OF THE UNITED NATIONS'. The Ribbon This ribbon has alternating stripes of UN blue and white. A clasp with the inscription 'KOREA' is worn on the medal ribbon.