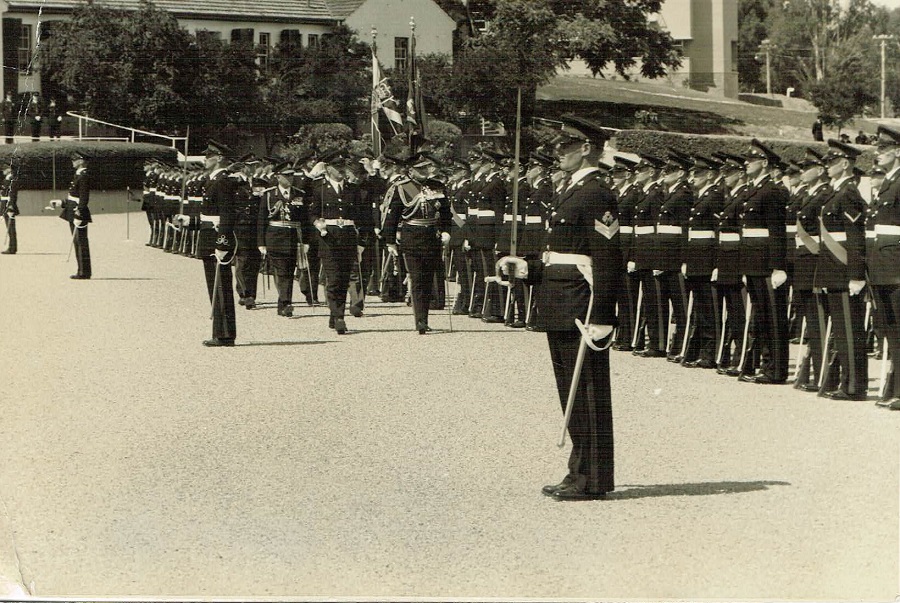 When former commander of Bravo Company 6 RAR, Ian Mackay took the stage to address some 600 young people at the Coptic Christian College in Wattle Grove, NSW, for an Anzac address this year he was not sure how the young audience would respond.

But to his surprise the audience, aged from 5 years to 18 years, engaged with enthusiasm. As well listening as he recalled Vietnam, particularly the Battle of Bribie in which he led a single company in a fierce fight against a much bigger North Vietnamese force, he says the audience was interested in today’s military.

“On looking down at these immaculately dressed, well-behaved students, I immediately threw away my carefully prepared script on political aspects of modern war and just engaged with these bright-eyed pupils,” the 82 year old retired Coronel said.

“They were not only immaculately behaved but they were very interested in all military matters. Some of the questions were directed at more detailed aspects of operational life in the Middle East and Afghanistan for both men and women.”

“A few came up to me after the talk and enquired about the prospects and conditions of service. It was of course not meant to be a recruiting message but it was an interesting sidelight.”

School principal, Anthony Tsoutsa, said, Ian had the students “in the palm of his hand” and while the subject for the Anzac Day address was Ian’s experience as a soldier, the talk did not seek to glorify war, rather he said Ian stressed the need for all to stand up for their beliefs.

“He made it a real talk – referring to his own experiences – he really brought the past into the present for the students,” Anthony said. “He presented this most beautiful old map of the area he was in. This really got the students in because they could see it was something very special and treasured."

Ian is no stranger to talking on Vietnam. He is often called on to address, school, corporate and veteran audiences to share his insights and experiences, both as a military commander and as a successful business leader.

Earlier this year Ian released a book, Phantoms of Bribie, which provides a detailed account of the battle of 17 February 1967.

The talks led Ian to finally “concede” to write the Phantom’s story. The Phantoms were (and still are) the men of B Company, 6RAR.

“The writing of the book was a cathartic experience for me but it has already proved to be a rewarding one. This is principally due to the reaction it has engendered among friends, former colleagues and even strangers who have communicated with me in the months since it was published in February 2016. These include messages and letters from England, the United States and across Australia. I would even venture to say it has been a heart-warming experience, making the year’s labour and the thought process preceding it, really worthwhile,” he said.

Ian says his book and talks are about honouring the memory of the young men who lost their lives and the wounded whose lives were irrevocably altered, physically and mentally for the rest of their lives.

Ian’s next talks will be at Clubs in Coogee, Rose Bay and Brisbane in mid to late August.  He is also presenting to his old battalion, 6 RAR, at Enoggera Camp in Brisbane.

“It is interesting that the Commanding Officer of 6 RAR stated that the B Company ‘Phantoms’ are still operating 50 years on from the formation of the battalion. I am reliably informed that they are still demonstrating some of the character and characteristics of the original Phantoms of 1966-67 in Vietnam!”

Get a copy of Phantoms of Bribie