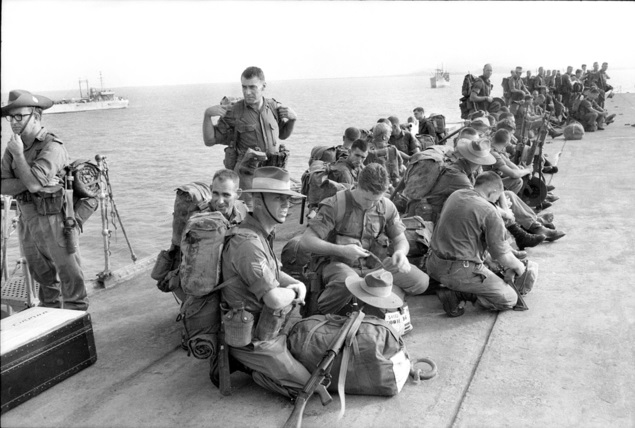 For many Vietnam veterans returning to Australia in the 1970s their homecoming was a continuation of the trauma they experienced during the war itself. As in the United States, the Vietnam War had become deeply unpopular with the Australian public, and many servicemen were shunned and ostracised upon their return. For many years after the war, their sacrifice was largely ignored by Australian society and government. As a result, veterans themselves withdrew from ANZAC Day activities.

However, recent years have seen Vietnam veterans take their rightful place in the ANZAC tradition as public interest and appreciation surrounding their experiences in the conflict has grown. Events such the commemoration of the 50th anniversary of the Battle of Long Tan has enlightened a new generation about Australia’s involvement in Vietnam, as well as the incredible stories of the diggers who served there. Recognition from government has also been forthcoming. Whereas Vietnam servicemen were initially entitled to two campaign awards (including on from the Vietnamese government), they are now eligible for additional Australian medals instituted over the last four decades. These include the Australian Active Service Medal, the Australian Defence Medal and the Anniversary of National Service Medal.

A recent report by the Australian Newspaper estimates that as of 2017 Australia’s 44,200 Vietnam veterans now outnumber the 39,400 surviving veterans from WWII. Many veterans of the Second World War are aged in their 90s and no longer able to march in ANZAC Day parades. Thus, after many years the mantle of ANZAC has now fallen on the broad shoulders of another cohort of diggers, those of Vietnam, to be carried proudly into the future.