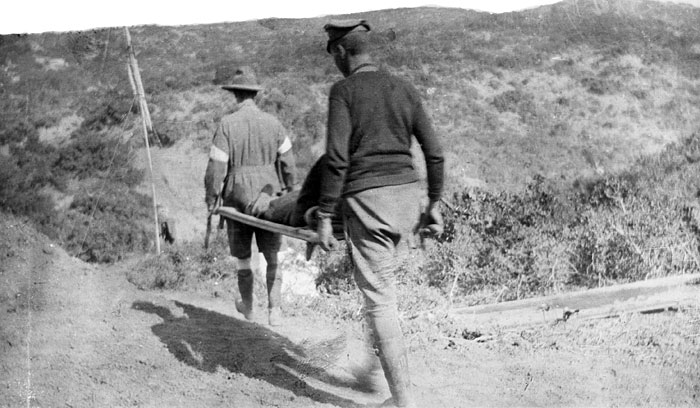 ANZAC Q&A - WHAT HAPPENED TO THE WOUNDED AND SICK?

Q.   What happened to the wounded and sick?
A.   Men in the front line who were wounded, injured or became sick were first taken to the unit medical facility, the Regimental Aid Post or RAP. From there, if the man’s condition was assessed as bad enough, he would be passed to the Field Ambulance, where his condition would be stabilised and he would then be passed to the Casualty Clearing Station, which would arrange evacuation to a hospital ship. Depending on the severity of a man’s condition and available bed space, the man would be conveyed to a hospital on Lemnos, in Egypt, on Malta or even to England. If the man recovered he would be returned to his unit via a Command Depot and then the Details Depot. If assessed as unfit for further service, the man would be repatriated to Australia for final treatment and then discharge.

Help pass the Anzac legend to the next generation with our fun educards. These questions and answers were created with the help of noted Australian military historian Graham Wilson.