Commemorating the Battle of Long Tan

Each year on 18 August, Vietnam Veterans’ Day and the anniversary of the Battle of Long Tan, Australians pause to reflect on the service and sacrifice of those who served during the Vietnam War.

The first Australian troops from the Australian Army Training Team Vietnam arrived in 1962 and over the course of the war around 60,000 Australians served there, with our involvement ending with the Royal Australian Air Force flying humanitarian missions and evacuating embassy staff in April, 1975. Tragically, 521 Australians died and more than 3,000 were wounded.

On 18 August 1966 Australian soldiers fought in one of their fiercest battles during the entire Vietnam War, the Battle of Long Tan, a brutal action that saw 18 Australians killed and 25 wounded. 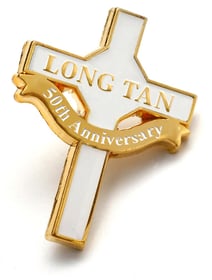 Commemorating the Battle of Long Tan - See our full collection

As we commemorate the service and sacrifice of those who served and died in Vietnam, it is important to acknowledge that many Vietnam veterans were deeply affected by their service.

Vietnam veterans were instrumental in establishing the Vietnam Veterans’ Counselling Service, now known as Open Arms. This service has been providing mental health and support services for Australian veterans and their families every year since 1982 and is their enduring legacy.

Vietnam veterans also set up the Long Tan Bursary, a program that provides education support to the children and grandchildren of Vietnam veterans, helping them gain the skills and qualifications needed to pursue their chosen career. Applications for the 2021 Bursary open today and eligible descendants of our Vietnam veterans can apply online at avcat.org.au/scholarships/.

As a nation, I encourage all Australians to acknowledge and honour the Vietnam veterans who gave so much in the service of our country, as well as recognise the rich contribution Vietnam veterans continue to make to our community.
Lest we forget.